History is a study of the actions of mankind and an explanation of why events were caused and the consequences of them. History at The Oratory supplies students with a range of transferable skills that are highly sought after. Pupils will develop their powers of argument, of selecting and evaluating evidence and opinions, of determining importance and significance. These skills are invaluable in future study and in a variety of careers where writing reports, analysing situations, and presenting arguments are required.

We are committed to helping pupils explore significant events, individuals, and ideas, while developing essential skills. At every level, pupils are challenged to think critically and creatively, to work collaboratively, and to understand the power of all forms of communication.

I studied History at the University of Liverpool and was awarded a 1st class degree. My particular areas of interest are based around the Cold War, particularly regarding America’s foreign policy in the 1960s and 1970s. I passionately believe that History has an important role to play in educating young pupils. Studying History helps inform us of how the world we live in came about: why different countries have different types of governments; why tensions exist between and within countries; why there is considerable diversity in wealth, culture, ethnicity within countries. I appreciate the skill set required to be a historian and the wider role it can play. Within the department, emphasis is placed on evaluating the strengths, usefulness, and value of sources as evidence, and on understanding and assessing the methodology and interpretations of historians. These skills of evaluation and analysis are greatly sought after, not just by traditional professions such as the law, the civil service, education and journalism, but also in the world of management and even in the financial sector, where the ability to analyse and explain trends over time and to make a compelling case for adopting a new strategy or product play into the hands of the skilled historian.

Today we commemorate the anniversary of the liberation of Auschwitz & Holocaust Memorial Day.

A-Level historians embarked on a trip to Krakow to further their understanding of the Holocaust.

On Monday 30th September, 6th Form historians travelled to London to visit the Houses of Parliament. 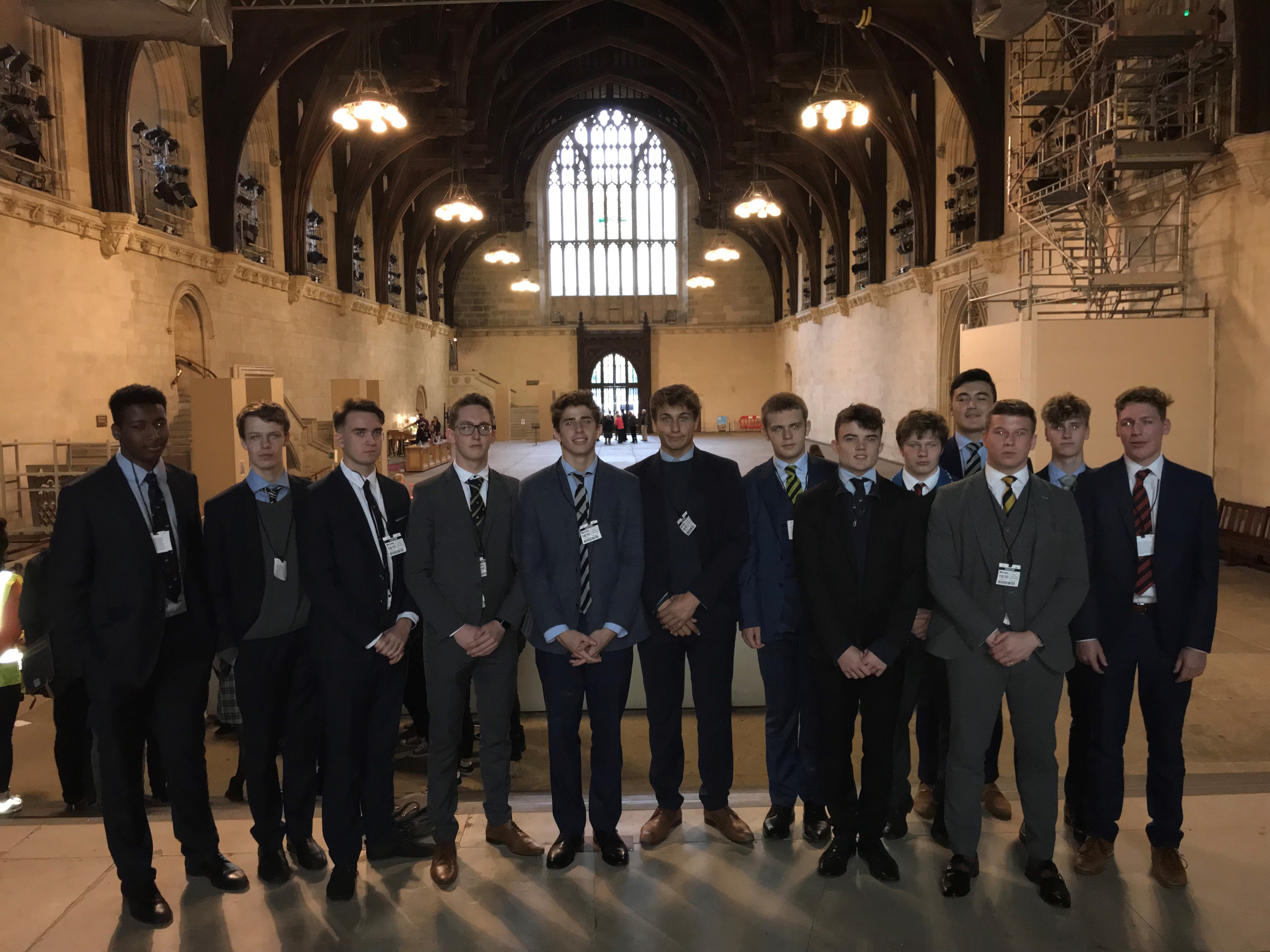 Sixth form historians travelled to London to visit the Houses of Parliament as part of their study of Stuart Britain...

At A Level, pupils study the Edexcel course. Papers 1 and 2 will focus on revolutions: the conflict between the Crown and Parliament in the 17th century and the Bolshevik revolution in Russia in the 20th century. Paper 3’s study of Civil Rights and Race Relations in the USA, and the coursework topic, on the Holocaust, will focus on diversity. By the end of the 2 year course students will be able to compare causes and consequence of change and revolution across three different countries (Britain, USA & Russia) and across two different time periods (Early Modern and Modern). They will be able to analyse change and development over time and understand the nature of historical significance.

At GCSE level, pupils study the Cambridge IGCSE course. This focuses upon understanding the nature of the Modern World. Students will study a 20th Century depth study on the USA and will then gain an understanding of the key events in International Relations in the post-war world, examining the League of Nations, the collapse of international peace in 1939, the development of the Cold War, America’s involvement in Korea, the Cuban Missile Crisis and Vietnam, Soviet control of Eastern Europe and the various conﬂicts in the Gulf States. In the Fifth Form, students will complete coursework on the significance of the Purges in Stalin’s Russia before undertaking an in depth source-based study on one aspect of international relations.

In St Philip House, emphasis is placed on developing historical skills and techniques. In the 1st Form, this is based on events from 1066-1485, with specific topics including the  Norman Conquest, the barons' rebellion against King John, the Black Death, and the War of the Roses. This is developed further in the 2nd Form, focusing on the Tudors and Stuarts and an in-depth look and religious change in the medieval period and the Civil War. In the 3rd Form, the syllabus focuses on Nazi Germany, including Hitler’s rise to power, and significant turning points of World War 2. This is an important year in laying the foundation for the IGCSE course as pupils are taught the skill set the help through the course.

The History department partakes in a number of educational visits each academic year and in each year group. St Philip House pupils visit Buster Ancient Farm, Bosworth Battlefield, and alternate between Hampton Court and the Tower of London. This helps to support their study from the Norman Conquest through to Stuart Britain. In the senior part of the school, pupils have the opportunity to visit the Churchill War Rooms, the National Army Museum and The Houses of Parliament. The highlight of the History department’s year is our annual overseas trip. This alternates between Berlin and Krakow. The trip to Berlin helps to support the GCSE syllabus which has a Cold War focus. However, there is also plenty of opportunity of wider cultural learning. The Krakow trip is targeted at 6th Form historians and is designed to support the A Level coursework module on the Holocaust. The primary focus of the trip is visiting Auschwitz concentration camp, which is a powerful and moving experience for everyone involved.

Each year the department runs a History competition for Year 5 and 6 primary school age pupils named after Adrian Carton de Wiart, an old boy of The Oratory School. Described in a BBC article in 2015 as ‘the unkillable soldier’, Carton de Wiart fought in the Boer War and in WWI and was awarded the Victoria Cross, Britain’s highest award for bravery in battle for his actions at the Battle of the Somme. The department receives over a 100 entries from a wide range of schoos,l which take on a number of different forms, from full-length essays to documentary-style videos. Recent themes have included, ‘Buildings of Historical Significance’, ‘Places in History’ and ‘Local Heroes’.”

The Oratory offers a rich and broad curriculum